Rebreather with a bus part 1

Currently in the Rebreather market, a lot is being said about equipment such as the JJ-CCR, the rEvo, the Prism2, the SF2, the Megalodon CCR, the Pathfinder CCR and the Inspiration XPD (also better known as Inspiration Vision). All these Rebreathers have something in common. They are eCCR's, which means electronic closed circuit rebreathers. And all have a bus system, which is installed into the electronic system. Since there are many myths and half-truths, I want to use this contribution to shed some light onto the darkness of bus technology.

If you search in Wikipedia what Bus systems are you will find the following definition:

To make the whole thing more understandable, first we have to make a small excursion into electrical engineering to explain what bus systems are and their origin. Still further in Wikipedia when you search for an OSI model you are taken to the Reference Layer 1 and 2 of this Model. For hardcore IT fans that will surely mean something, but for the rest of us it probably sounds Chinese. However, basically, it's pretty simple. 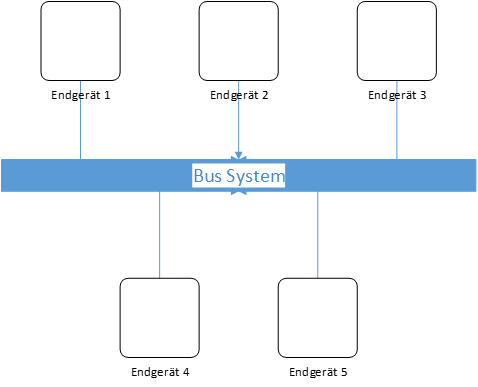 First of all you need a layer 1, the "physical layer". In layman’s terms, it’s a cable that connects the electronic building blocks. How this cable has to look depends on the specific bus system that is used. We will shed some light on how these cables have to look in the different versions a little bit later. Each device that you want to connect to this line is connected via a short stub to this cable. This reduces the cable length.

But why is a reduction of the cable length important?

In the automotive industry, for example, so-called Electronic Control Units(ECUs) are installed. This device has, as the name suggests, controlling tasks. For example an electronic window regulator must be connected to the ECU for it to function correctly. Most cars have four windows, therefore all four window regulators must be connected to the control unit. If we only consider this part of the vehicle we need at least four cables to connect those devices together. The window regulators are just used as an example here and are by far are not the only devices in a modern car. There are speed sensors, pressure sensors in the tires, wear sensors on the brakes and many more. In this way the cable trees in a car became increasingly complex and longer (up to 4km total cable length) which also makes the vehicles heavier. But since cars should be light, something had to be changed. Bus systems were developed in order to ensure a shortening of the cable lines.

However, back to the topic...

Each of these devices, which are all connected to a bus, can communicate with any other device e.g: device 1 has information for device 2. So, device 1 sends its data packet to the bus and device 2 receives the data packet. If, however, device 1 and device 2 have to send something at the same time, collisions of the data packets on the bus may occur. This is where the layer 2 comes into play, the data link layer.

This layer is a so-called protocol. This protocol controls, via various mechanisms, who has access to the bus and in which order the access is granted. This layer also regulates the behaviour of the receiver when a data packet is faulty or determines what should happen in case of a collision of the data packet. Depending on the bus type used, this protocol is developed to suit. The bus systems that are currently installed in Rebreathers are the I2C Bus, the ISCANTM and the DiveCAN®.

The CCR Liberty from Divesoft for example doesn’t use such a bus. The electrical devices used are based on the RS-485 standard, which is similar to the RS-232 standard, which everyone knows from old serial connections on the computer (see picture on the left). 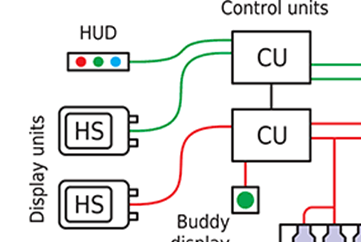